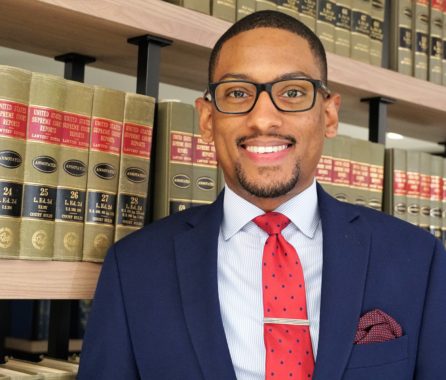 Anthony Thomas-Davis serves as Manager of the Prosecutor Reform Project of the Thurgood Marshall Institute at the NAACP Legal Defense and Educational Fund (LDF), Inc. and is based in LDF’s Washington, D.C. Office. In this role, Mr. Thomas-Davis leads policy research, strategy and planning, coalition outreach and engagement, community organizing, and advocacy related to advancing front-end justice reform through non-partisan voter education and mobilization.

Mr. Thomas-Davis brings over six years of legislative, public policy, and legal experience to LDF. He has substantial experience in advocacy planning and evaluation, policy analysis and development, community organizing and campaigns, issues management, coalition building, and strategic planning. He also has substantive experience in state legislative and regulatory affairs.

Prior to joining LDF, Mr. Thomas-Davis was a policy analyst and special assistant to the director and counsel in the Washington, D.C. Office of the Brennan Center for Justice at NYU Law. Preceding his tenure at the Brennan Center, Mr. Thomas-Davis worked as a field organizer for congressional campaigns, and as an advocacy and policy manager for several national professional and trade associations, including the American College of Surgeons and the American Association of Diabetes Educators. He has also worked in various capacities facilitating organizational development and performance improvement.

Mr. Thomas-Davis began his career as a paralegal in Chicago. He earned a B.A. in Political Science and Government from DePaul University, minoring in Industrial and Organizational Psychology, and holds a Master’s degree in Political Science, with a concentration in public law and policy, from the University of Illinois, where he served in residence as a predoctoral fellow.