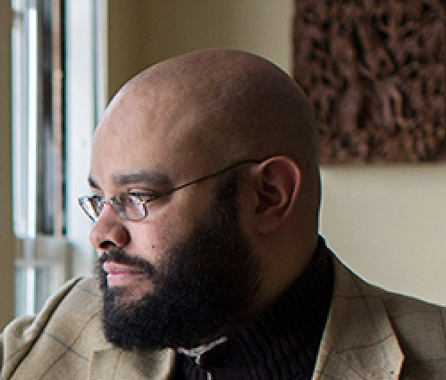 Phillip Atiba Goff is the Franklin A. Thomas Professor in Policing Equity at John Jay College in New York City. He is the co-founder and president of the Center for Policing Equity, and an expert in contemporary forms of racial bias and discrimination, as well as the intersections of race and gender. Dr. Goff has conducted work exploring the ways in which racial prejudice is not a necessary precondition for racial discrimination. That is, despite the normative conceptualization of racial discrimination—that it stems naturally from prejudiced explicit or implicit attitudes—his research demonstrates that contextual factors can facilitate racially unequal outcomes.

Dr. Goff’s model of evidence-based approaches to fairness has been supported by the National Science Foundation, Department of Justice, Russell Sage Foundation, W.K. Kellogg Foundation, Open Society Foundations, Open Society Institute-Baltimore, Atlantic Philanthropies, William T. Grant Foundation, the U.S. Department of Justice, the Major Cities Chiefs Association, NIMH, SPSSI, the Woodrow Wilson Foundation, the Ford Foundation, and the Mellon Foundation among others. Dr. Goff was a witness for President Obama’s Task Force on 21st Century Policing and has presented before Members of Congress and congressional panels, Senate press briefings, and White House advisory councils. Dr. Goff serves as one of four principal investigators for CPE's National Justice Database, the first national database on racial disparities in police stops and use of force. More recently, Dr. Goff led CPE in becoming one of three principal investigators for the U.S. Department of Justice's National Initiative for Building Community Trust and Justice, which will contribute information to the National Justice Database.