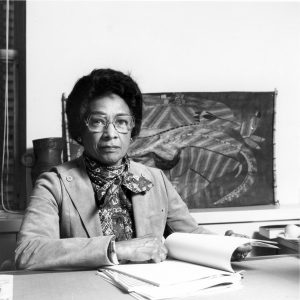 “Our Division is committed to the principle that minority group citizens must be empowered to work for their own liberation. Our role is to heighten their consciousness of their legal rights and to assist them in developing strategies to make bureaucracies accountable,” Jean Fairfax stated in a 1972 report to funders. The NAACP Legal Defense & Educational Fund’s (LDF) Division of Legal Information and Community Service was created in 1965 by Fairfax, who served as the Division’s director until her retirement in 1984. Fairfax worked closely with another unsung hero of civil rights, Phyllis McClure, who began working for the Division in 1969 as LDF’s first employee based in Washington, D.C. Upon Fairfax’s departure, McClure ran the department, which transformed into the Division of Policy and Information, until 1994. Working closely with local community leaders and volunteers, partner organizations, government agency officials, academics, and LDF litigators, Fairfax’s team developed and distributed educational materials to countless Black families across the country, led interdisciplinary strategy meetings, created innovative programs to enhance employment opportunities for Black women, authored rigorous and influential research reports, and bolstered LDF’s impact litigation in myriad ways. “The selective and timely use of litigation to achieve broad administrative reform can best be accomplished when the community worker and lawyer function as a team, furnishing coordinated and mutually-strengthening resources,” Fairfax wrote in 1972. Drawn from the fifty boxes of Division records in the LDF Archives, including the files of the Division’s field offices in Charlotte, Memphis, and San Francisco, the materials presented here barely scratch the surface of the Division’s broad efforts and impact. Fairfax, McClure, and their team rarely received public credit for their work, but their influence at the Legal Defense Fund and contributions to improving the lives of Black Americans cannot be overstated. 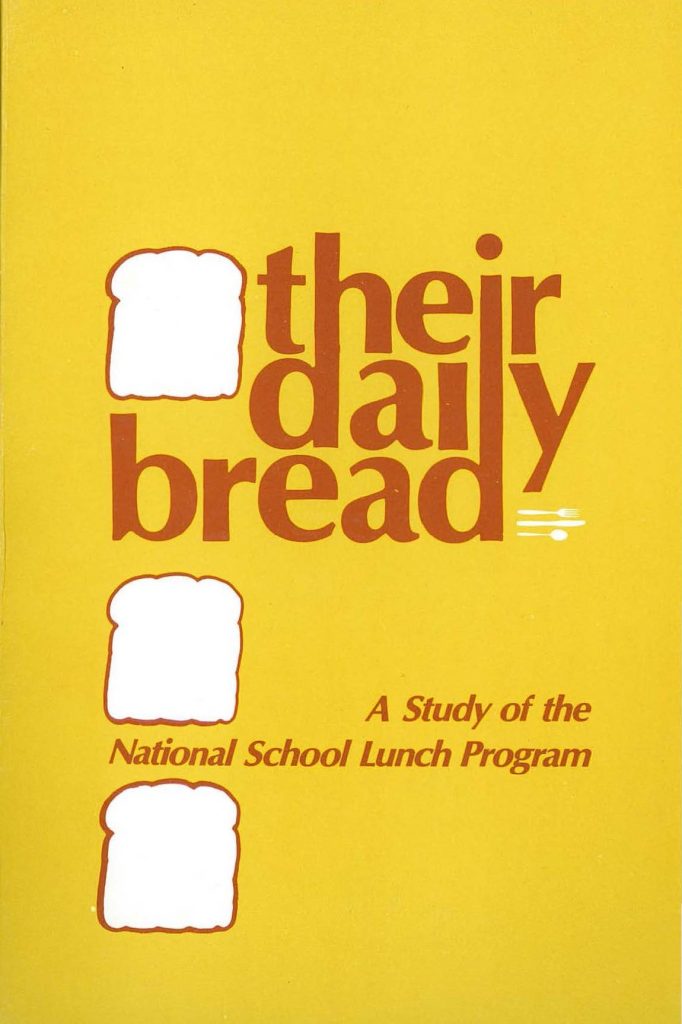 In 1966, Jean Fairfax coordinated five national women’s organizations to launch a carefully designed study of the National School Lunch Program, publishing the results in a 1968 report titled Their Daily Bread. In her April 16, 1968 press statement, Fairfax described the partnership among the sponsoring organizations (Church Women United, the YWCA, the National Council of Catholic Women, the National Council of Jewish Women, and the National Council of Negro Women): “the common thread throughout our diverse religious traditions is concern for the poor. Our individual consciences are pricked at the knowledge that one child is hungry. We are aroused to collective action when we discover that a program designed for the nurture of children is failing to reach those who need it most.” Testifying before Congress on multiple occasions to present the findings of their report, Fairfax and other committee members were instrumental in making the National School Lunch Program more inclusive. After many of Their Daily Bread’s suggestions were incorporated into reform legislation enacted in 1970, the Committee shifted their focus to the wide dissemination of information about the rights of poor children to free and reduced-price meals. Fairfax reported in 1972 that about 40,000 copies of their brochure “Feed kids – it’s the law!” had been distributed.

The School Desegregation Task Force was a core program of the Division in the mid-1960s, with Fairfax serving as the project administrator. In a 1967 memo to funders, LDF Director-Counsel Jack Greenberg explained the aims and impact of the task force: “The opportunity for equal education for Negro children was finally at hand, but the problems incident to its realization were overwhelming. The Legal Defense Fund joined with the American Friends Service Committee to create a School Desegregation Task Force which operated in hundreds of local communities, especially in rural areas, in nine southern states. The first imperative was to let Negro parents know they could send their children to previously white schools. Field workers sought out clergymen and other leaders in the Negro communities and arranged regional and state-wide leadership conferences through which simple informative materials were distributed to tens of thousands of parents. Volunteers were trained to work on the community level—housewives, teachers, high school students—who assisted individual parents in the confusing formalities of applying for transfer of their children. By the start of the school year in September 1965, the Task Force had been instrumental in enrolling 4,000 Negro pupils in previously white schools; school desegregation had made a breakthrough in the deep south.” 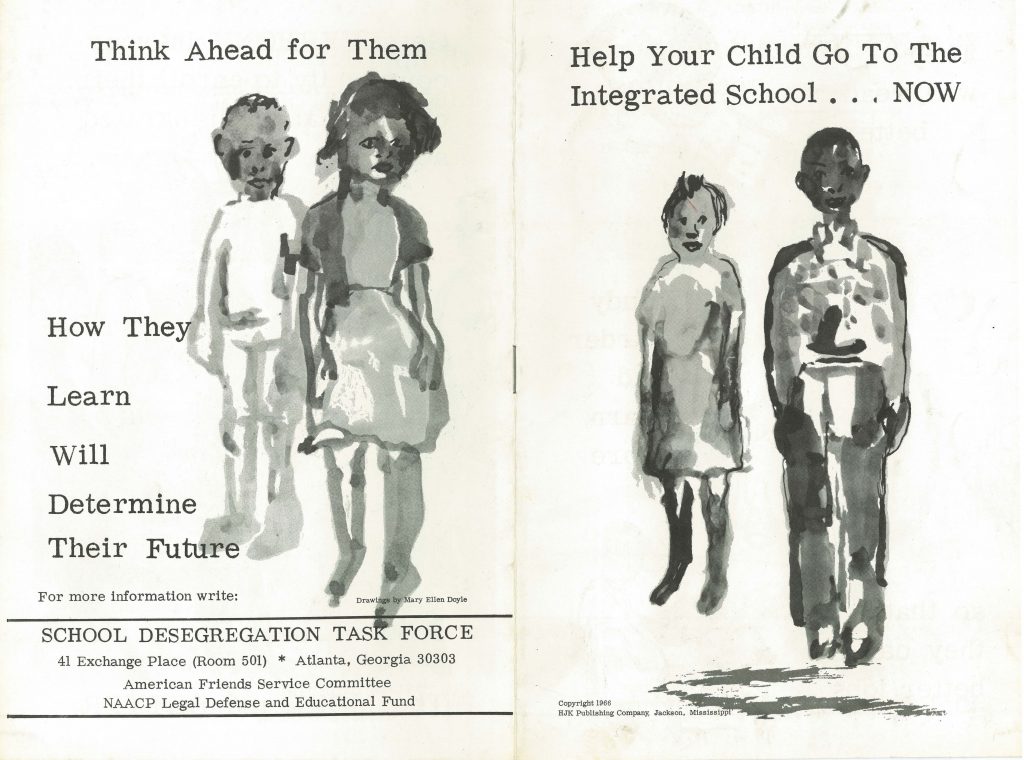 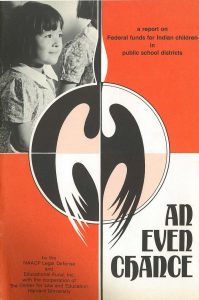 Phyllis McClure, author of An Even Chance,  introduces the research as having a “familiar theme:” the misuse of Federal education money intended to benefit poor and minority children. According to a 1971 LDF annual report, “the impact of this report on Governmental agencies responsible for the education of Indian children has been stunning. The facts revealed in the study present a shocking record of disregard of the rights of Indians guaranteed them by treaties, laws passed by Congress, and laws of individual states. The report opens the way, based on facts, for action to correct wrongs inflicted upon Indian children and their parents.” 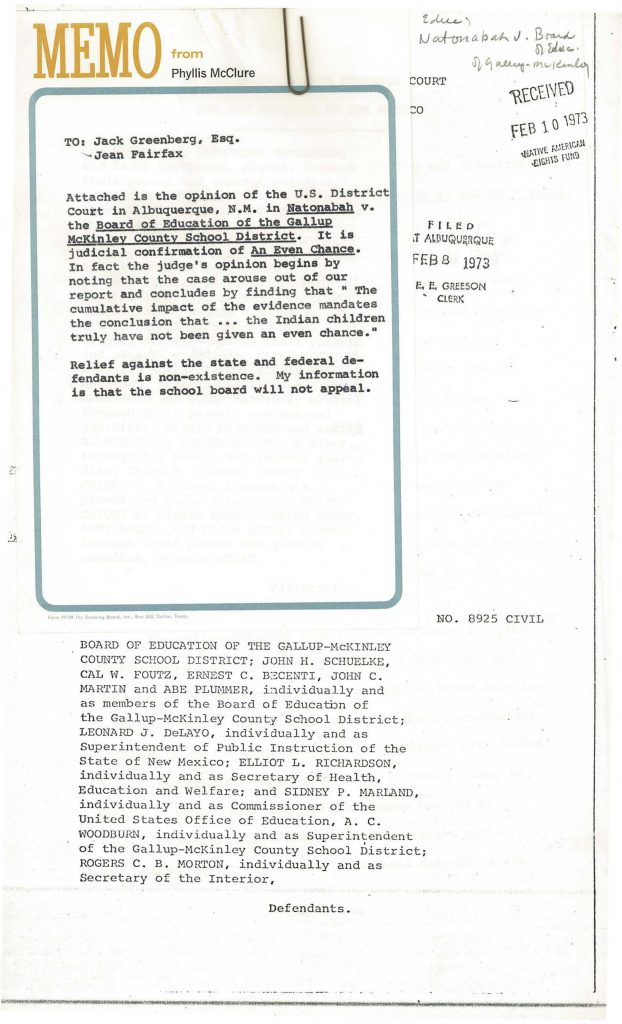 McClure continued to play a supporting role in carrying out the report’s recommendations after it was published, identifying and coordinating with Native American organizations that would assume primary responsibility for the follow-up. McClure also helped to secure funds for community organizations to host ‘Know Your Rights’ trainings that resulted in several lawsuits. In 1973 the US District Court for the District of New Mexico ruled against the school board in Natonabah v. Board of Education of the Gallup McKinley County School District, which was not an LDF case, but was based on evidence presented in An Even Chance. The court’s opinion concluded that “in the Gallup-McKinley County School District, the Indian children truly have not been given an even chance.”

4. Selection of Additional Reports by the Division of Legal Information and Community Service 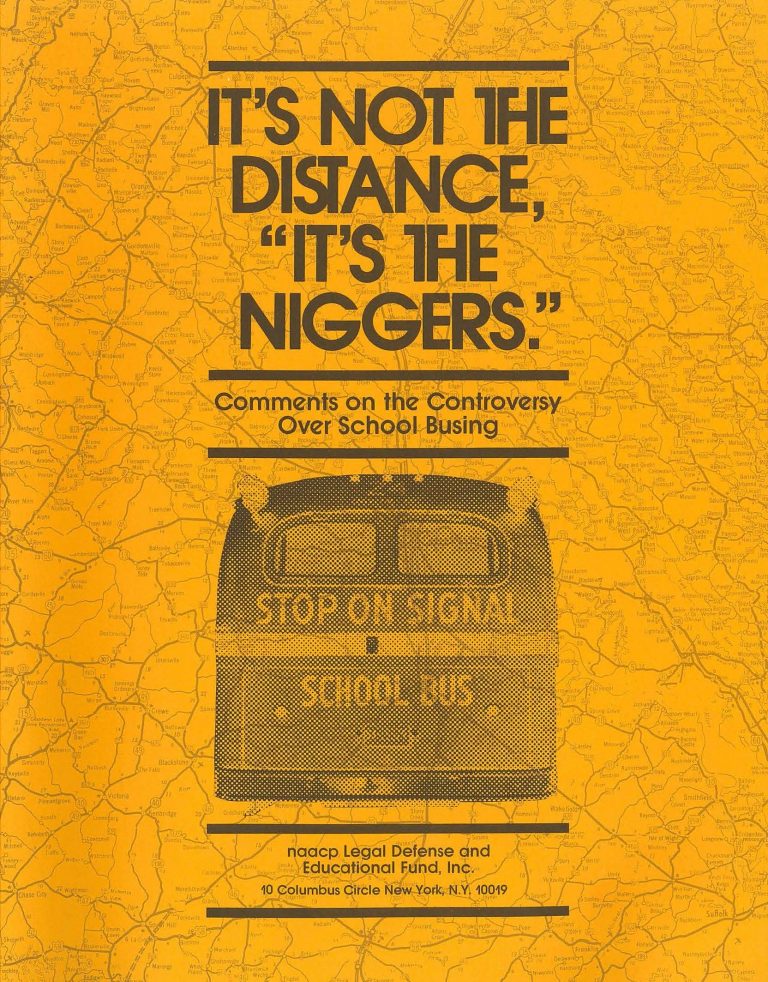